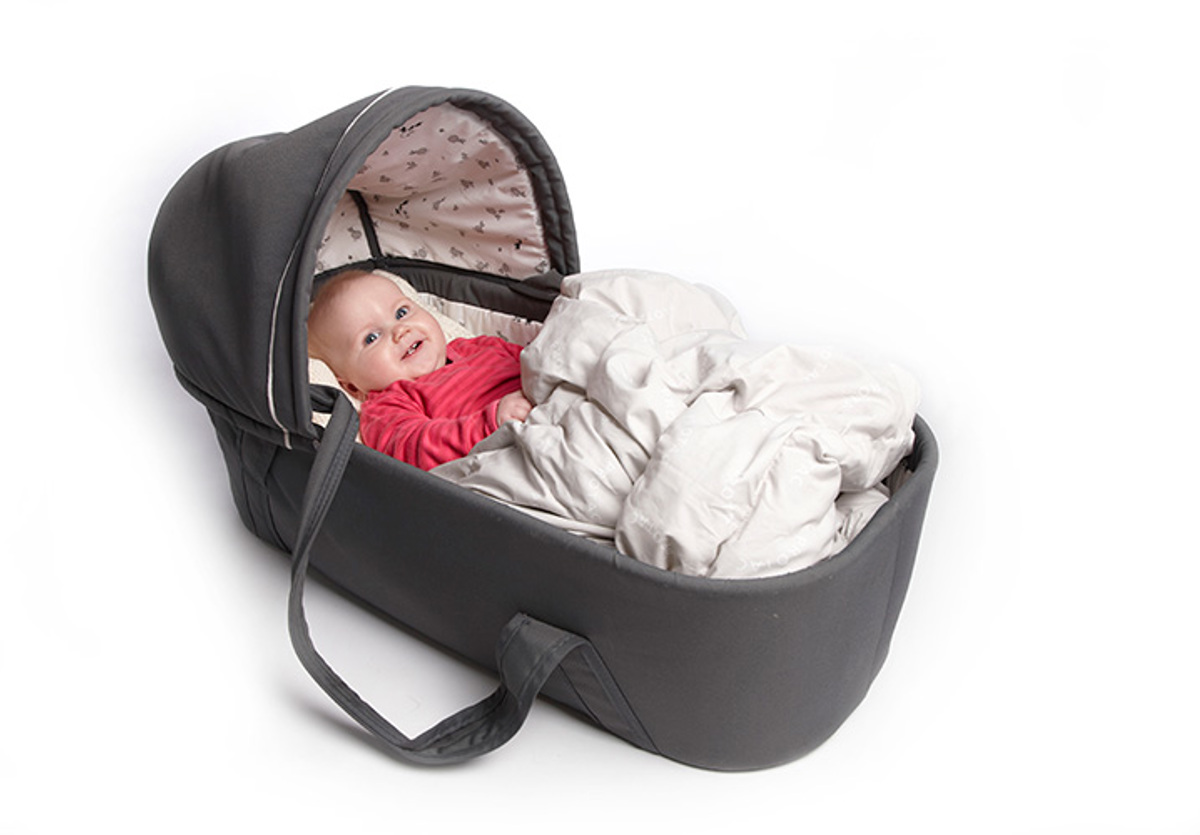 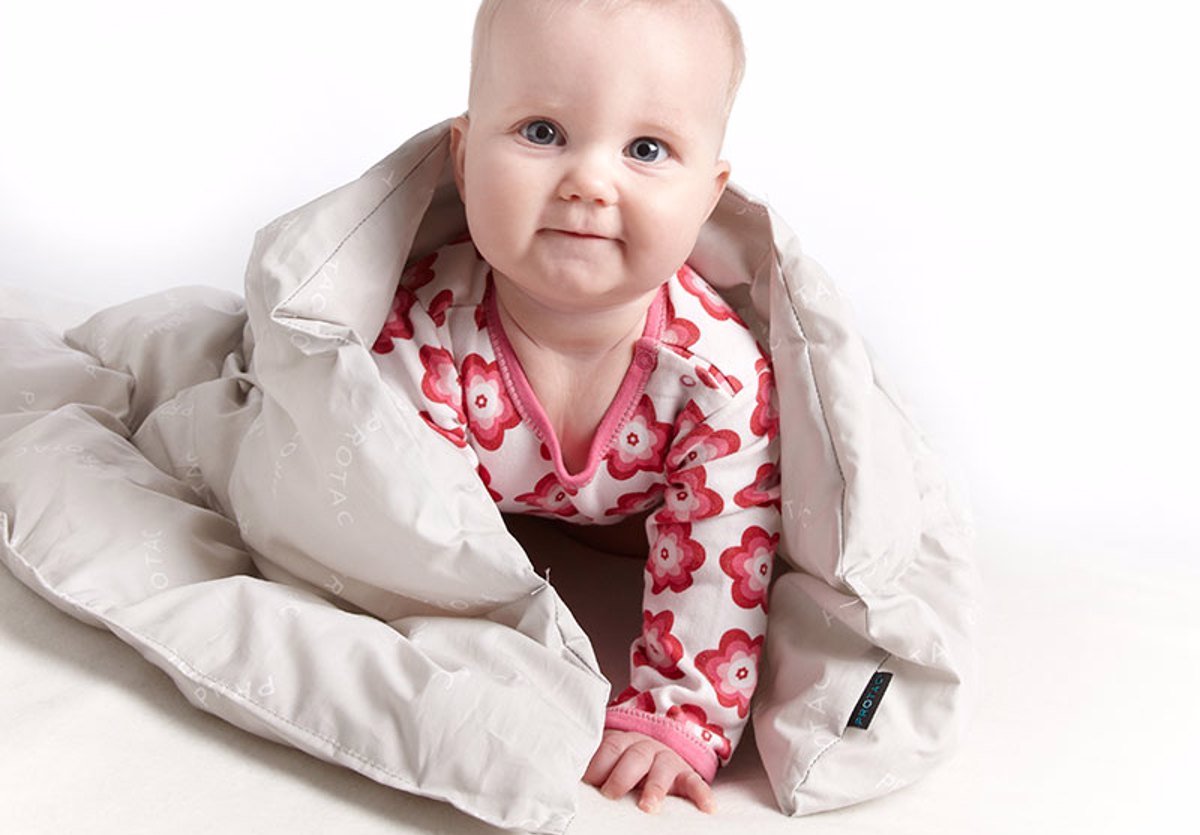 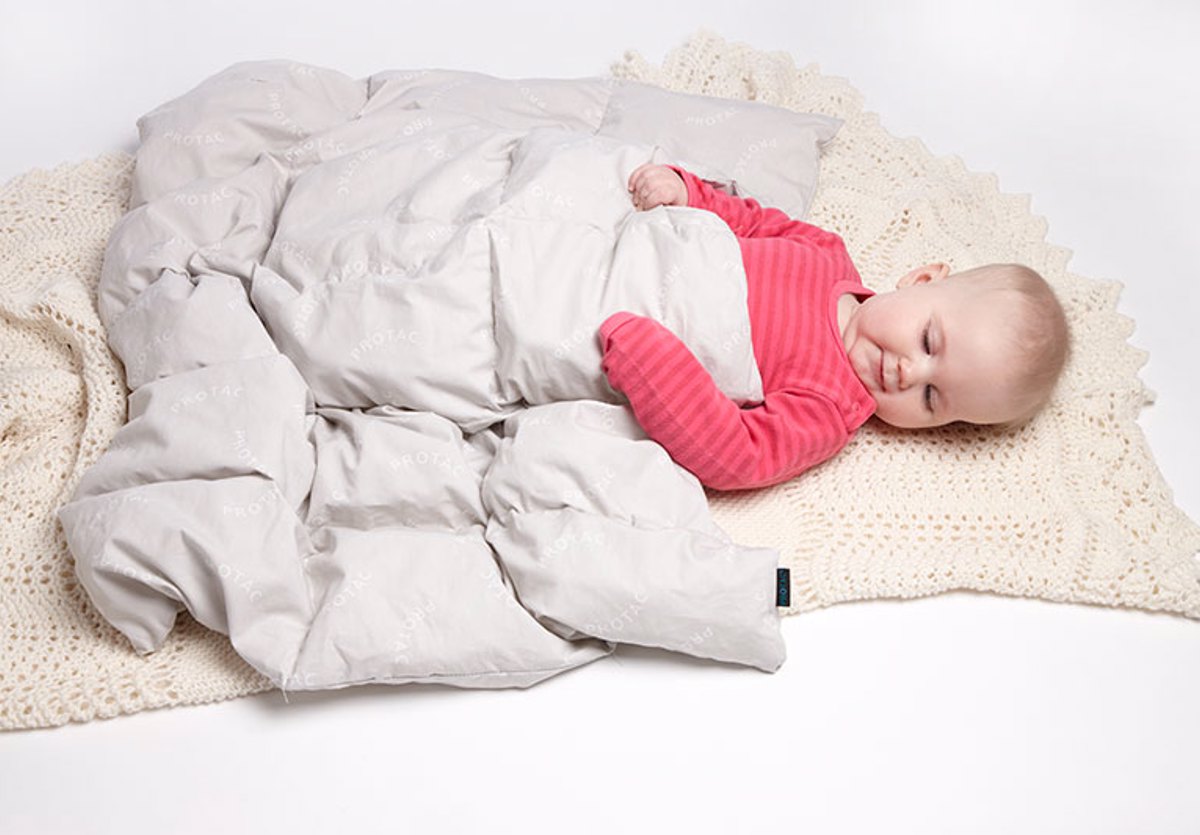 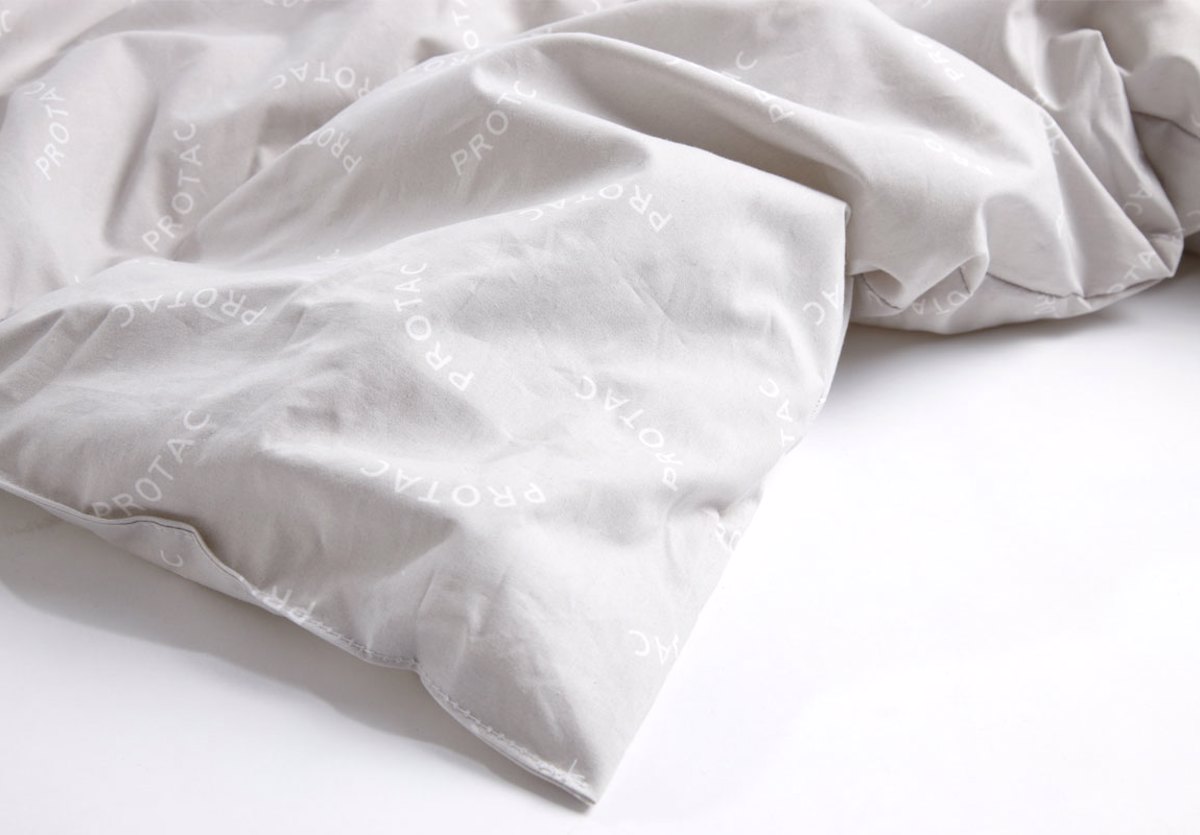 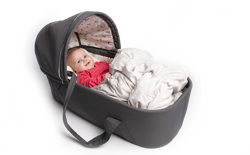 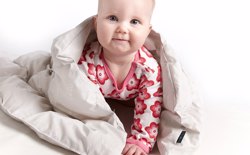 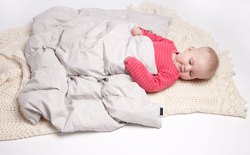 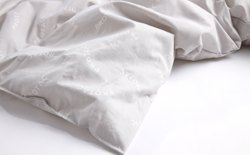 Protac Ball Blanket Baby
The Protac Ball Blanket® Baby weighs 1.5 kg and contains 2.5 cm balls. It measures 70x100 cm. The blanket is suitable for babies from 6 -12 months. The baby blanket is developed for babies who have difficulty filtering sensory impressions experienced during the day. Unrest, crying, and sleep problems can be the result of this overstimulation.

The balls in the blanket stimulate the sense of touch and the muscle-joint sense through deep and dynamic touch-pressure, thus promoting an improved body awareness. It creates a sense of security and helps the child to fall asleep more easily. The blanket can be used both during the day and at night, in the pram and the bed.

Our son has had challenges with sleeping through the night - this is probably not much different than many other families with small children have experienced, but we thought it might be interesting to try the Protac Ball Blanket ®. Already the first night we saw a clear improvement. He only woke up one time, where we had to go into his room and comfort him. In the past, it was not uncommon for him to wake up 8-10 times during a night, and it could take a long time to get him to calm down again. It seems that the blanket gives him peace and security. We have experienced that we can hear him waking up and making a little "squeak" sound, but then quickly falling asleep again. In the past, he seemed to wake up completely in these situations and would need to be comforted and tucked in again. At present he wakes up a maximum of two times a night, and many nights he sleeps completely through, which was extremely rare before we used the blanket.

Nine-month-old boy who has always been fussy, physically restless, and heedless. He only briefly explores toys and needs to be constantly entertained. He is not able to calm himself and gets panicky, for example, when he must take a bath. It takes a long time to get him to sleep, he sleeps very uneasily, and is disturbed by even faint sounds. He is very restless, bangs his legs on the mattress and thrashes around with his arms. When he tried the Protac Ball Blanket® Baby, a change was already seen after a few nights. He now sleeps some nights without waking up at all and if he wakes up other nights, his parents can quickly get him to sleep again. He has become happier and less frustrated during the day and has more able to relax and cuddle when sitting with his parents. He is starting to be able to take a bath and is also starting to experiment with and explore toys for a longer period.

Can be washed in a min. 7 kg capacity washing machine with washing detergent with no bleaching agents.

Protac designs, develops and manufactures a variety of unique sensory integration products that alleviate motor and mental unrest and help all age groups with sensory impairments.